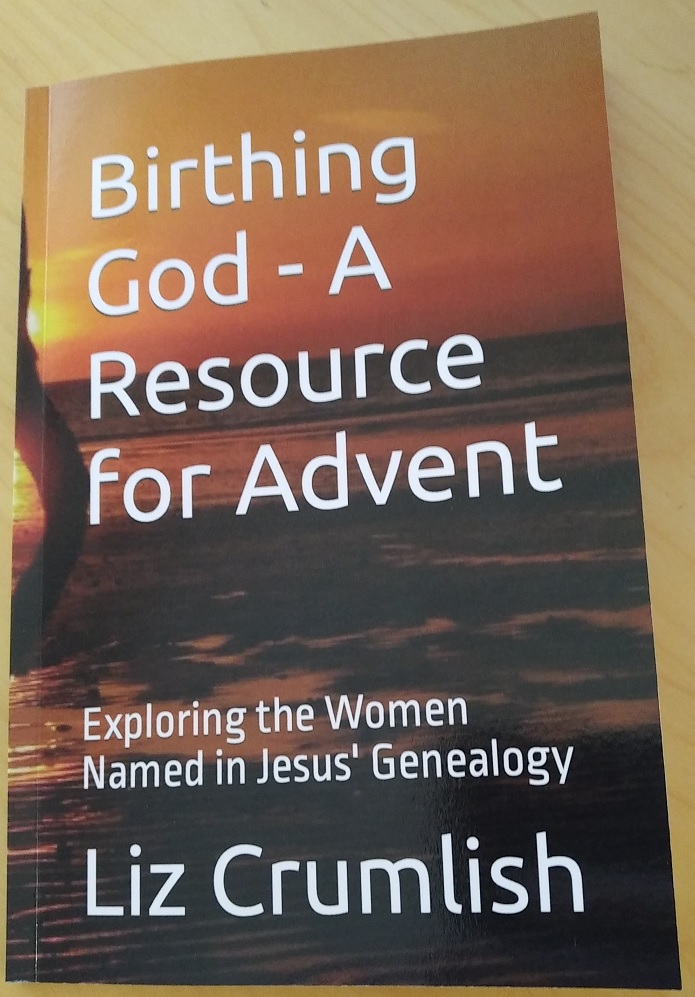 In October the Revd Liz Crumlish began serving as the IME2 Officer for the Scottish Episcopal Church, accompanying those in their first three years of public ministry on their journey of ongoing formation. Liz, a bi-vocational priest in the Diocese of Glasgow and Galloway, has served in Health Care Chaplaincy and in parish ministry in the Church of Scotland. For the last few years she has worked in renewal and pioneering, mentoring leaders and congregations through cultural change. She is also a poet, retreat leader, Cross Professional Supervisor and author of several books, her latest being  Birthing God – A Resource for Advent.

This too is a work of accompaniment: accompaniment through the season of Advent as we wait and prepare, reflecting upon the promises of God and anticipating the fulfilment of those promises. But it does this from a unique angle. The daily scripture-based reflections encourage readers to spend time with the five women who are named in the genealogy of Jesus –  Tamar, Rahab, Ruth, Bathsheba and Mary – exploring their stories. It also reflects on the plight of women today who continue to birth God in the world through subversive acts of love.

Each reflection, followed by a short prayer, is a carefully crafted prose-poem, every word lovingly chosen to contain layers of meaning, metaphor-rich, yet compressed and precise. The work as a whole fulfils the two aims of an Advent Devotional: it is rhythmic in construction, and the reflections themselves are redolent with scripture, setting off echoes in the mind which lead into prayer and faithful response in the world today. The resource, which could be used by a group as much as by an individual, also includes material for Christmas and Epiphany.

For some time now, I’ve been interested in uncovering the stories of women, often mentioned in the passing in biblical narrative – or as incidental in the stories of their male contemporaries and certainly told from a male perspective. Many of these women are not named.

Spending time in contemplative prayer with the women who are named in Jesus’ genealogy provided insight and perspective on the stories of so many women in the world today whose plight is overlooked and whose stories are not told. This became, for me, a rich Advent discipline, a reminder that, into the mess of today’s world, God is born.