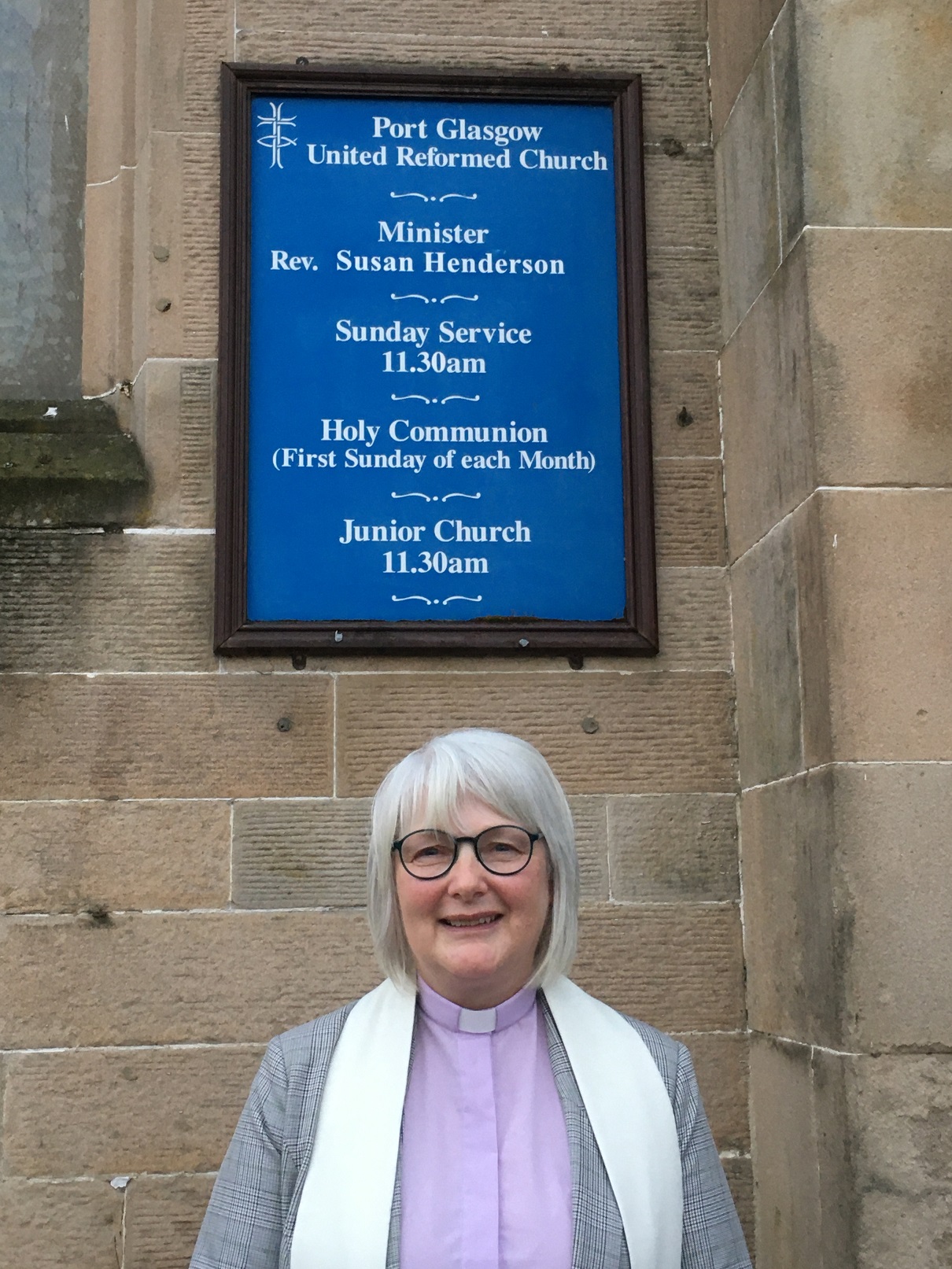 At its next meeting in January ’23, the Institute Council, SEI’s governing body, will welcome URC minister the Revd Susan Henderson into its midst. Or rather ‘welcome back’, for Susan spent three years training with SEI alongside her four-year EM1 Ministerial training and formation course at the Scottish United Reformed and Congregational College (Scottish College). She then went on to complete a BD at the University of Glasgow, graduating with distinction last year.

In August 2020 Susan was ordained and inducted into the URC Cluster of Inverclyde which comprises two churches in Greenock and one in Port Glasgow. At the latter charge she is heavily involved in running an increasingly well-used Church Angels foodbank and the Wee Blether Café, and has also helped initiate Port Glasgow Churches Together along with her Episcopalian colleague, the Revd Dr Lisa Curtice, Regional Curate, Renfrewshire.

In agreeing to serve on the Institute Council Susan writes:

At ordination, I promised to take part in the councils of the Church. Therefore for the National Synod of Scotland I am the Convenor of the Synod Executive Committee and a member of the Pastoral Committee, where I am the West Link Convenor.

I am a firm believer that it is my duty to give back to those who have supported me on my journey thus far. Being asked if I would like to have my name put forward for consideration for serving on the Institute Council is a privilege for me.

Having studied with the SEI, this gives me an insight into how best to support other students within this college, both from the SEC and ecumenical students.

Susan will bring much to the Council, just as she did to the student community when studying at SEI. The partnership between SEI and SURCC continues strongly, with the Principal, the Revd Dr John McNeil Scott, playing an active role on the SEI Management Committee, and fourth year SURCC student Louise Sanders serving as one of the two student research assistants in the Greening the Curriculum project.

The partnership will grow even stronger in the New Year when a new URC student begins studying on the PgDip/MA programme. We look forward to welcoming him as well.