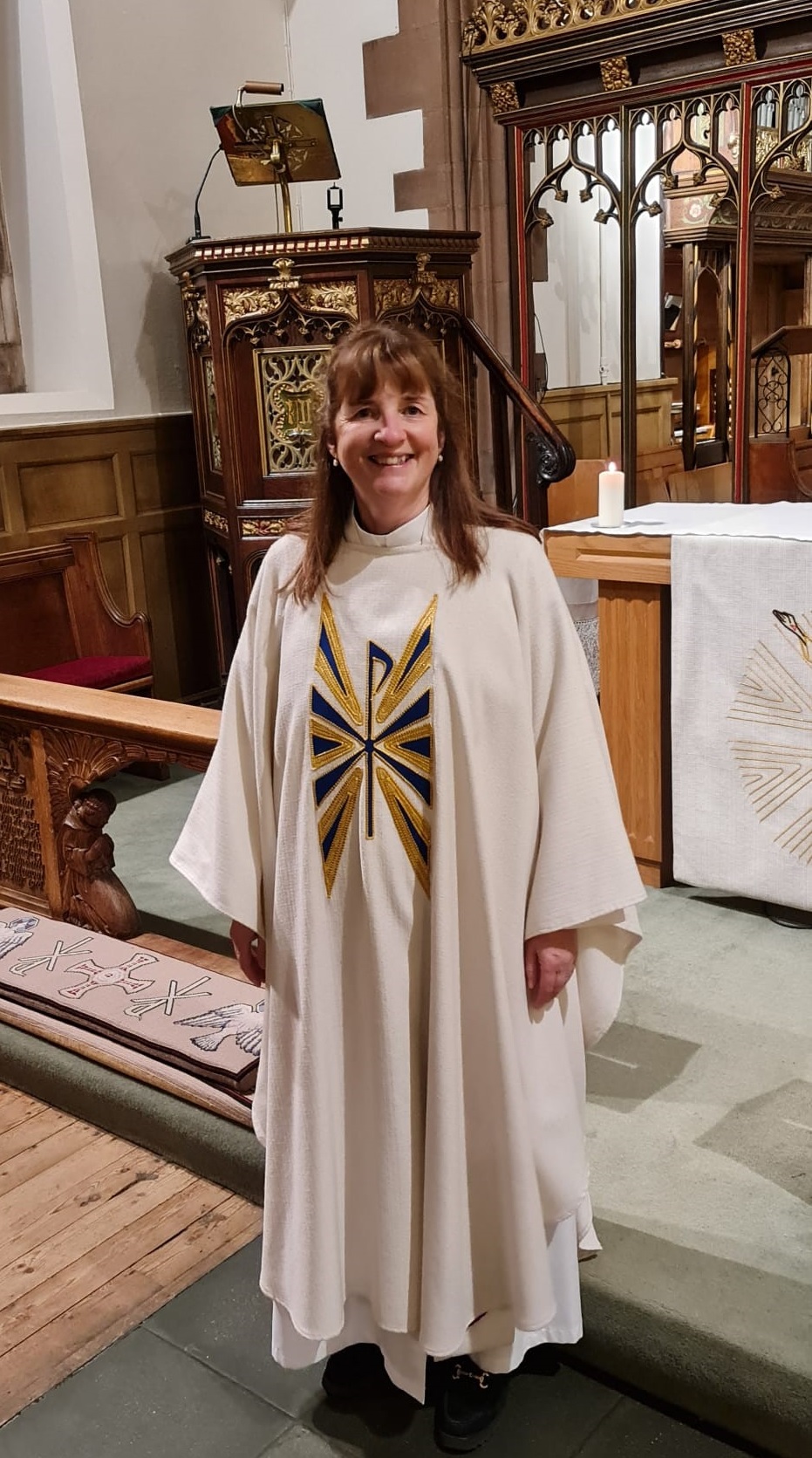 The period around Michaelmas sees several former SEI students being ordained Deacon and Priest; we hope to bring you photos of them as they occur.

Thus far the Revd Dr Lisa Curtice has been ordained Priest at a service in St Mary’s Cathedral, Glasgow on Saturday 27 August. She continues serving as Regional Curate for the Renfrewshire Region in the Diocese of Glasgow and Galloway.

On Wednesday evening it was the turn of the Revd Dr Lesley Penny. Lesley, shown above, was ordained Priest in a service at St Cuthbert’s, Colinton (Diocese of Edinburgh) where she will continue to serve as Assistant Curate.