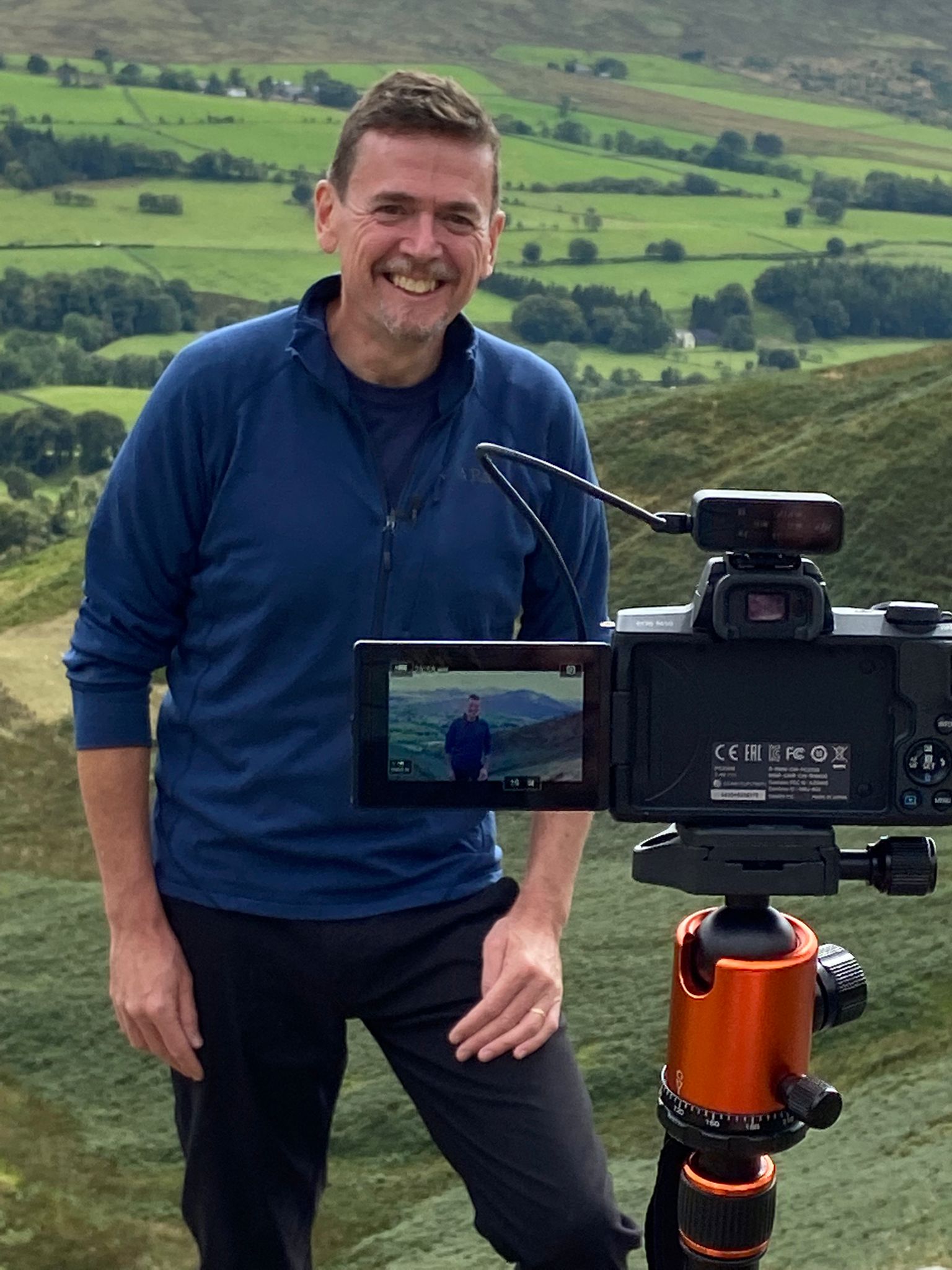 If anyone can manage to climb a mountain as part of their work in Christian ministry, it’s Rev Dr Richard Tiplady, SEI’s Director of Mixed Mode Training. Last week he spent two days in the Lake District, climbing and re-climbing Blencathra while being filmed by Tom Pearson of Wild Duck Productions. They were accompanied by Rev Dr Gillian Straine, CEO of the Guild of Health and St Raphael, who has invited Richard to give the charity’s 2022 Denis Duncan Lecture. Richard’s lecture title is A Mountain-Top Experience? Outdoor Adventure, Being in Nature, and Healing in Christ (click on the link for more information and to register free of charge to attend online). Although it won’t be broadcast until November, the lecture is pre-recorded and, given the topic, the idea of an outdoor filming location more or less suggested itself.

Tom had warned Richard that “filming is hard work and boring”. Only one of these two things turned out to be true. It wasn’t boring at all; all three had a lot of fun, filming outdoors during two days of glorious late-summer weather in the beautiful Lake District. But having to give the same part of the lecture several times, either because the camera was relocated to capture a different angle or a lens was re-set or because he had fluffed his lines, was harder and longer work than Richard had expected. Especially when he had to climb the same bit of the hill time and again while doing so! After two long days of filming, the final shot of Richard climbing up to Sharp Edge was ‘in the can’ and the film team returned to their cars tired but happy.

On more than one occasion, other hill walkers stopped and waited while a particular section of the lecture was filmed (as the path was sometimes blocked with camera equipment, they didn’t have much choice). But all those who asked what was being filmed, when told that it was a lecture about mountains, health and wellbeing, and spirituality, were universally positive in response.

The November lecture coincides with the release of Richard’s new short book, Following Jesus in The Great Outdoors: Learning About Discipleship from the Mountains, which will be published in the Grove Discipleship series (it’s not available yet). This book explores in more depth some of the ideas that Richard will introduce in the lecture. We’ll be providing more information about this book in due course. In the meantime, enjoy this photo from Sharp Edge.

Photo credits [in order of appearance]: Gillian Straine (this image became known among the team as “the Countryfile shot”), Tom Pearson, and Richard Tiplady